More than 90% of people with Parkinson’s disease (PD) suffer from gait and balance deficits that reduce quality of life. In the late-stage PD, these deficits respond poorly to commonly available therapies such as sensory cuing, dopamine replacement strategies and deep brain stimulation (DBS). These deficits are associated with disrupted communication between the brain and spinal cord resulting from the depletion of dopaminergic and cholinergic circuits in PD. This project has been submitted for the BCI Award 2020 and has won the 2nd Place of this international BCI competition.

Hi Tomislav, you submitted your BCI research “A Brain-Spine Interface Complements Deep-Brain Stimulation to Both Alleviate Gait and Balance Deficits and Increase Alertness in a Primate Model of Parkinson’s Disease” to the BCI Award 2020 and won the 2nd place. Could you briefly describe what this project was about?

Tomislav: “Our goal was to develop and demonstrate a therapy that can alleviate gait and balance deficits of Parkinson’s disease patients, a condition that currently has no treatments.” 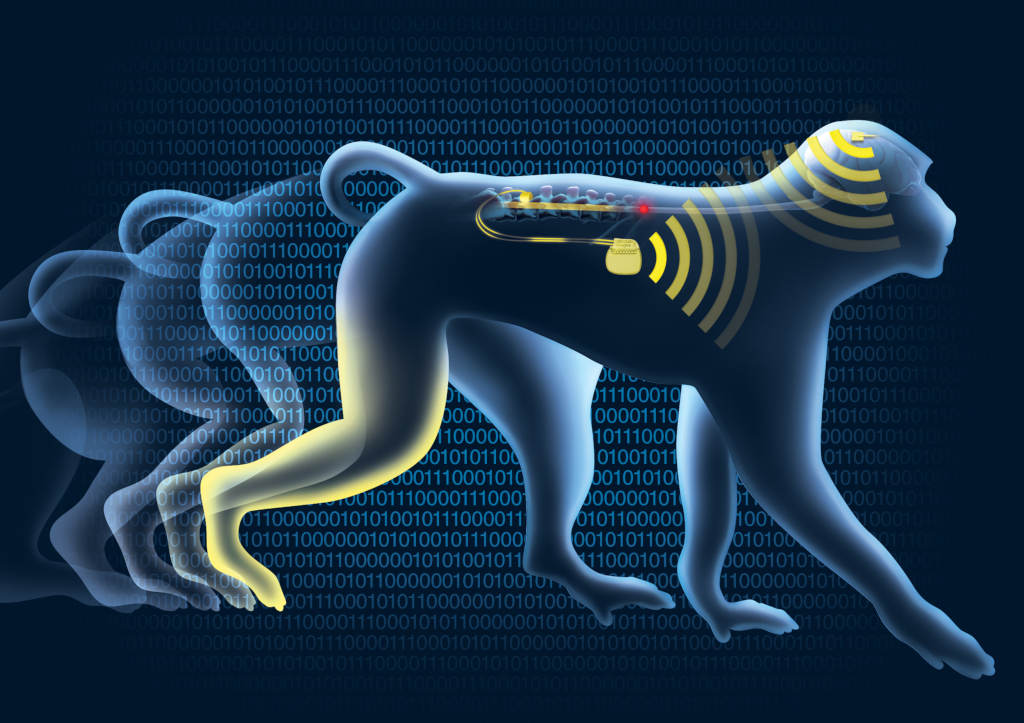 Illustration of the brain-spine interface validated in a non-human primate model of Parkinson’s disease. This neuroprosthesis infers movement attempts from the brain activity wirelessly acquired by a neurosensor. The neuroprosthesis then send wireless stimulation commands to the spinal implant. The spinal implant stimulates the spinal cord to reinforce attempted movements and, therefore, alleviate gait and balance deficits of Parkinson’s disease.

Tomislav: “We assembled a brain-computer interface system that comprised:

Apart from the spinal lead, which had to be designed specifically for non-human primates in order to fit within the much smaller spinal canal when compared to humans, all other devices are FDA approved for medical use, or have an FDA IDE approval and are currently being used in human clinical trials. We intentionally relied on medical grade devices in order to demonstrate a rapid path towards clinical use of our system.” 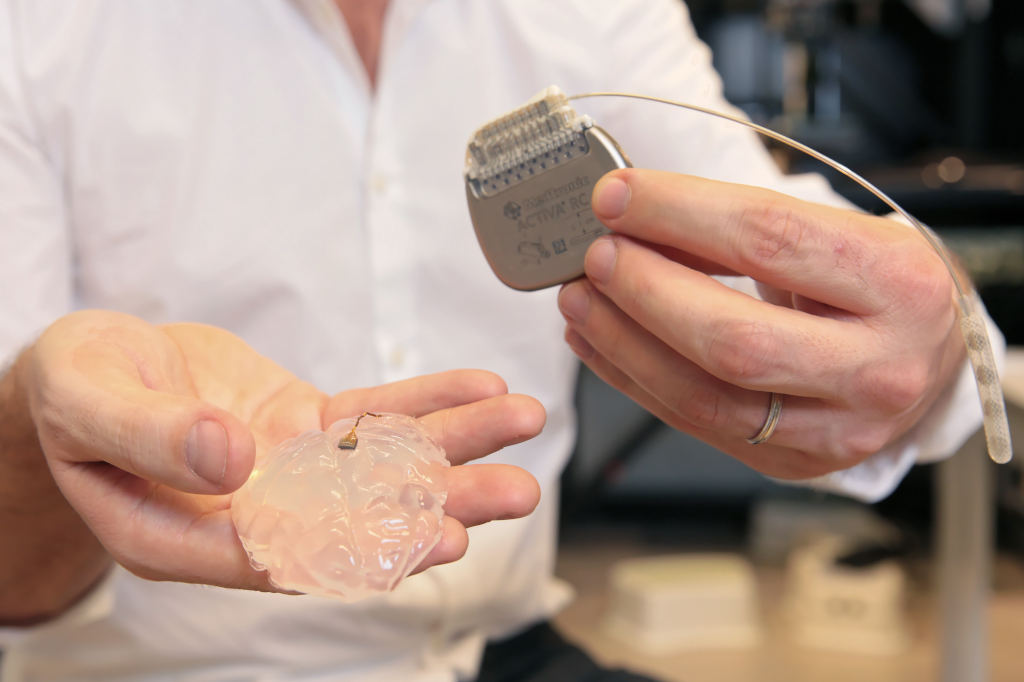 Tomislav: “Our brain-spine interface relied on medical grade devices. This gives us a clear path towards clinical trials and subsequent use of the technology around the world. We are currently preparing applications for regulatory approval to conduct the first-in-human clinical trials with a therapy system that was derived from the brain-spine interface described in our project. We are looking forward to demonstrating the efficacy of this system in patients with Parkinson’s disease in the near future.”

How was it to win the second place in the BCI Award 2020?

Tomislav: “Exhilarating. I’ve spent my whole research carrier (10+ years) in the BCI field and was elated to receive a recognition of my work from the BCI research community. Equally important, it was great to meet with the BCI community, especially since this year’s BCI social at the SFN conference could not be held. I do hope to see everyone again in the coming years.”

Tomislav: “My host institution, the Defitech Center for Interventional Neurotherapies – NeuroRestore – is engaged in several cutting-edge BCI clinical trials. The center is nested in Lausanne, Switzerland that features beautiful views over the Lake Geneva and amongst the highest academic salaries worldwide. We have several open positions and are very much open for collaborations. They can find more details at www.neurorestore.swiss.”