Team BrainTweakers won Gold in the BCI Race at Cybathlon 2016

The Cybathlon took first place on October 8th, 2016 at the ETH Zurich where people with disabilities competed side by side at the Brain-Computer Interface Race (BCI Race). Pilot Numa Poujouly from the Team BrainTweakers from École Polytechnique Fédérale de Lausanne (EPFL) in Switzerland won Gold in the BCI Race using his brain waves to control an avatar along a racetrack on a virtual train. The game is called “BrainRunners” and was especially developed for the Cybathlon’s BCI Race. The Brain Tweakers have been using high-quality g.tec equipment. We talked with pilot Numa and Serafeim Perdikis, another member of the team, and asked them about their experiences.

Numa, you won the BCI Race for your Team the BrainTweakers. Congratulations!!! How do you feel about this success?
Numa: “Truthfully, coming to Zürich, I wasn’t thinking at all that I might win this competition. Then, after winning the first race of the qualification, I realized that I might be on the podium, but then again, wasn’t even dreaming about taking the gold medal…. Only at the very end of the final race I realized that I had won this whole thing!”

And how did you experience the Cybathlon?
Numa: “The experience was both impressive and tiring. The very hard part was to be able to focus only on my screen in front of me while trying to forget the 7.500 people around me! About the tiring part, the fact that before each race the pressure rose and then dropped was tough… so you can imagine the effect it had on me. So, combining the changing pressure plus the difficulty of concentrating  sending the right commands … Well, at the end of the day, happy for sure, but also K.O.’ed! Watching the other disciplines has been also very interesting and impressive! I’m glad to have experienced such a great event and look forward for the next one! I hope that I’ll be there to defend my title. :-P” 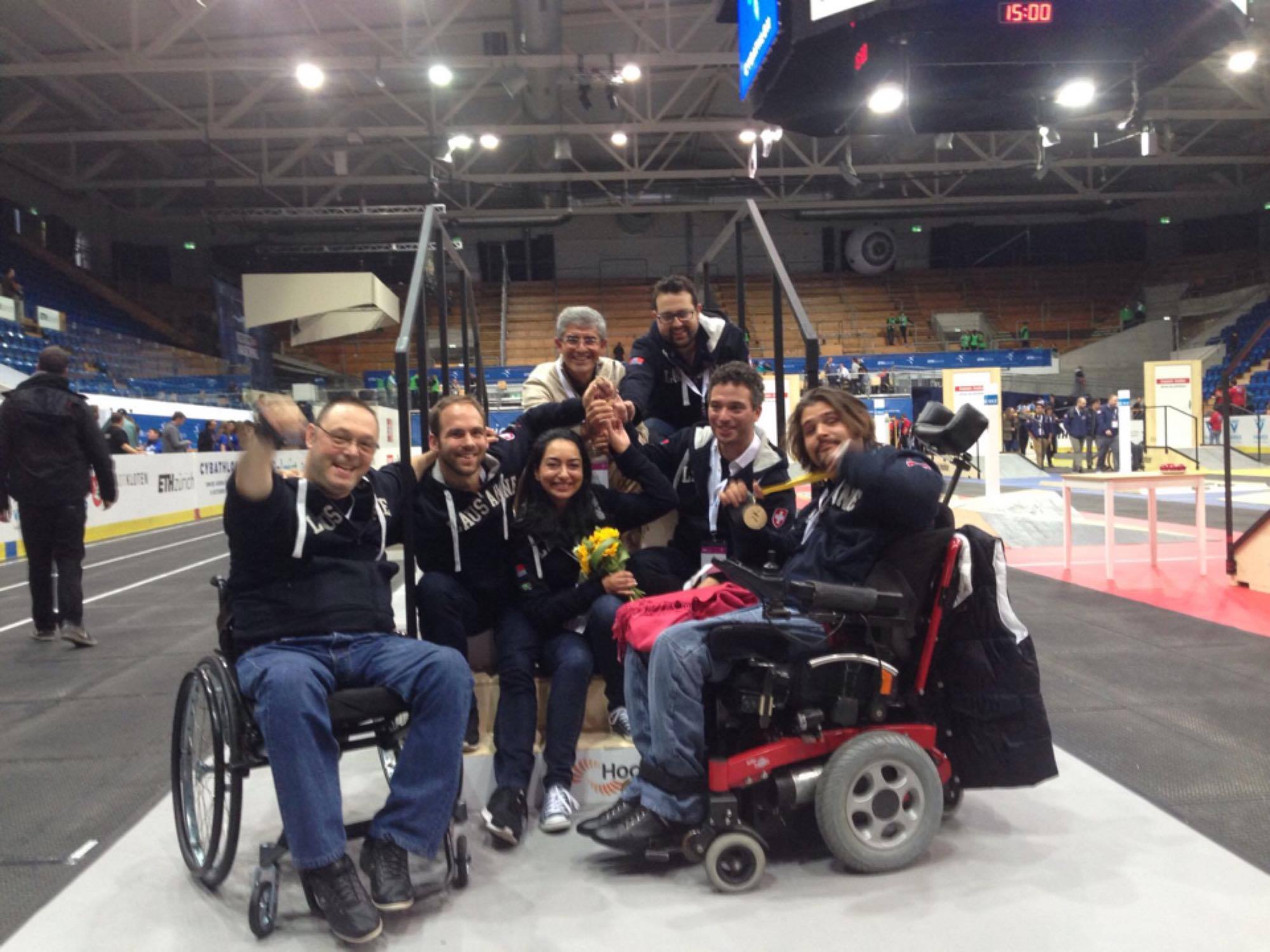 Serafeim, how did you experience the Cybathlon?
Serafeim: “We feel really proud and happy to be the winners of the BCI race! This has been the best possible reward for all the hard work we have put in developing our system and training our pilots. The competition was a unique experience for all team members. The acquaintance with so many cutting-edge technologies in competitive, real-world conditions has been very impressive even for people working in science like us! Furthermore, the close interaction with the public and the media attention has been a great motivation-booster to keep on working with enthusiasm towards the next-generation of BCIs. Most importantly, the team-spirit and the very emotional relations that developed between us and our pilots since the beginning of our preparations and culminated during the tournament is something really special in a researcher’s life. I believe more initiatives like Cybathlon are the way to bridge the gap between state-of-the-art research and its applicability in end-users’ lives. Overall, it has been an experience we will never forget, and we sincerely hope that the idea will catch on and lead to a recurring event.”

Review about the Cybathlon at IEEE Spectrum: At the World’s First Cybathlon, Proud Cyborg Athletes Raced for the Gold