Nayanika Biswas happily participated in the BCI & Neurotechnology Spring School 2021. She wrote down all her experiences and learnings in this blog. Check out what she learned and why you should attend the BCI & Spring School 2022 next year.

I was scrolling through LinkedIn, checking out profiles/updates, when I stumbled upon a friend’s page that showed an upcoming event he had marked as ‘Going.’ The event was g.tec’s BCI and Neurotechnology Spring School 2021. My curiosity piqued, and I further scrolled through the page and saw the most wonderfully curated program. It was detailed and catered to every imaginable application of brain-computer interfaces and neurotechnologies, ranging from rehabilitation, neurosurgery, neuroprosthetics to Augmented Reality and Virtual Reality and even the fashion industry. And this year it was free. I instantly registered. I don’t think my friend went, but I sure did. And now there’s no looking back.

Before starting the 10-day program, I knew nothing about BCIs. Yet, within 5 days of 8–9 hours of presentations ranging from hardware demonstrations, projects using the hardware, explanation of basic concepts, researchers explaining the latest research in the field, to students presenting their research, I felt I knew enough to participate in a hackathon. I even brainstormed as a key member of the team rather than being a passive observer and learner as I originally intended to be. The spring school made 8 hours of lectures fun and coherent to all types of attendees ranging from enthusiasts like me to PhDs in the field. I not only read an excellent paper written by the researchers at g.tec that presented a state of the art algorithm to decode hand gestures and finger movement in epilepsy patients using ECoG signals, but I understood it and implemented sections of it while developing my model for the hackathon, which was based on the same problem statement. If someone told me I could do this before the start of the Spring School, I wouldn’t have believed them. 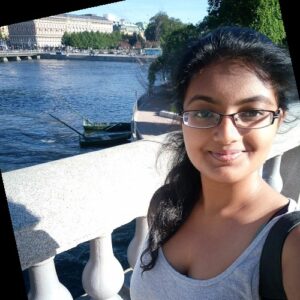 “I have always been interested in BCI and the Spring School 2021 provided a comprehensive resource to understand all elementary concepts and SOTA research ongoing in the field.”

Every day the program had a sub-theme or application area, and all the tutorials on that day were related to that theme. Typically every day was roughly broken into 5 types of lectures, starting with an introduction of the theme which covered the basic concepts, followed by a demonstration of hardware and related SDKs required for the signal acquisition, broad discussion of the possible applications, researchers presenting their contributions or ongoing work in the field, and finally ending with a detailed presentation by the winners of the last year’s BCI awards(whose cash prize is $3000 so definitely take a look and if possible participate). For example, day 1 was titled BCI with EEG and other Biosignals, and day 5 was titled Brain Assessment, Neuromarketing, and Unicorn Brain Interface. I believe the reason behind the program’s success despite such a hectic schedule was that every lecture felt easier to understand because of the previous lectures’ contents and allowed higher absorption and retention and maintained interest. After every presentation, the presenter and the g.tec organizing team ensured to answer all the questions and queries posted by the attendees in the Q/A section either live or via texts. In Fact, I often had very basic questions that the team very patiently answered and this back and forth communication line made me feel involved in spite of the event being virtual. Further, for ease of access for participants across the globe, the organizing team uploaded the entire day’s recordings on youtube that were accessible for a week after the program got over.

One of the sessions that I thoroughly enjoyed was the presentation by Francis R. Willett of Stanford University who also won the BCI award 2020. He discussed the high-performing handwriting BCI that decodes attempted handwriting movements from neural activity in the motor cortex and translates it to text in real-time with a speed of 90 characters per minute, making it the fastest amongst other existing BCI for this task. Another application of BCI that I enjoyed watching was the design of the Pangolin Dress by Anouk Wipprecht. The Pangolin dress detects a number of mental states, including stress, neutral, and meditative, and expresses this through motion and light. I also learnt a lot from the lecture ‘Motor Imagery, P300, SSVEP, and ECoG datasets’ by Christoph Kappeller because it taught me the principles used in the realization of BCIs.

During the program, g.tec demonstrated several of their own products like the g.Pangolin which is the world’s first ultra-high-density electrode grid and biopotential amplifier system and supports 1024 simultaneous channel recordings. They also demonstrated the Unicorn Hybrid Black which is a wearable EEG headset that is designed keeping in mind the requirements of programmers, engineers, and tinkerers. To make the program even more exciting and interactive for all the participants, g.tec also organized a free giveaway of 1 Unicorn Hybrid Black to the winner of the Instagram story competition which required participants to upload an Instagram story showing how they are virtually enjoying their BCI Spring School. I made a meme too. I never make memes.

As I briefly discussed above, the program also had a 2-day hackathon organized in collaboration with IEEE Brain, on the 6th and 7th day to give attendees an opportunity to implement the concepts they learnt in the first 5 days and also take a break from continuous lectures. What was special about the hackathon was that although it required group participation, attendees could register as individuals for the topic of their choice, and then g.tec’s organizing team assigned the individuals to groups by balancing the skills and experiences. This made sure that all teams had some who had prior knowledge about the task while others were newcomers but had complementary skills, so that everyone got to learn from each other. The hackathon was further divided into two types of problem statements, Programming Projects that required EEG headsets for data acquisition and then programming for further analysis, and Data Analysis Projects that already provided the dataset and tested the data analysis skills of the team. This gave all attendees like me who did not own any hardware a chance to experience the hackathon. At the end of the hackathon, all teams presented their projects to the Jury, who decided the winners. The cherry on the top was the lucrative prize money, which was $1000 for 1st, $600 for 2nd, and $400 for 3rd position respectively.

But one of the key takeaways from the hackathon for me was the network of people I built and the skills I learnt. I learnt more in the two days than I could have learnt in a week or even a month if I was alone. I met more like-minded people than I had met in the 4 years of my undergraduate and connected with them on LinkedIn. They are so generous as to regularly guide me while I stumble trying to understand different artifacts in an EEG signal or want career advice. I found the community I was looking for for the past 4 years and it has led to me now being a core member of the Neurotech X India chapter and an intern in one of India’s only neurotech startups. I can never be grateful enough for this wonderful opportunity which gave me a sense of direction and fulfillment.

But most of all, I would like to thank Christoph Guger, the brain behind the program and the founder of g.tec who interacted with all 3000 of us and ensured we had a wonderful time, Katrin Mayr, for putting me in an amazing team for the hackathon, which was actually the best fit for me, and Christoph Kappeller for answering our doubts at 3 am at night during the hackathon.

To sum up, attending the Spring School was the best decision I made, and if you are a fellow neurotech and BCI enthusiast or just curious, it will be yours too if you:

And what’s best is it’s a 10 credit course that can be included as part of your curriculum.

© this blogpost was written by Nayanika Biswas.